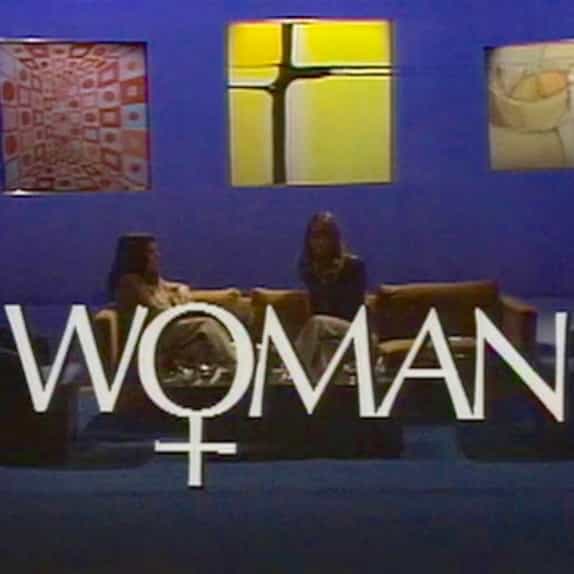 In her 2010 website Reflections on Democracy, recently relaunched by us at Think Design, she reveals how the clerks' attention to detail and non-partisan approach makes sure the job of representation is done.

Ray
First of all, thank you for joining me and for giving me the opportunity to work with you again, after 10 years. So, let me ask you, what is your mission?
Sandra
My mission has always been to support feminism. When I started in 1972 with the television show WOMAN, which aired on PBS for five seasons totaling around 200 episodes, we covered every single issue, almost everything that women were talking about at that point. 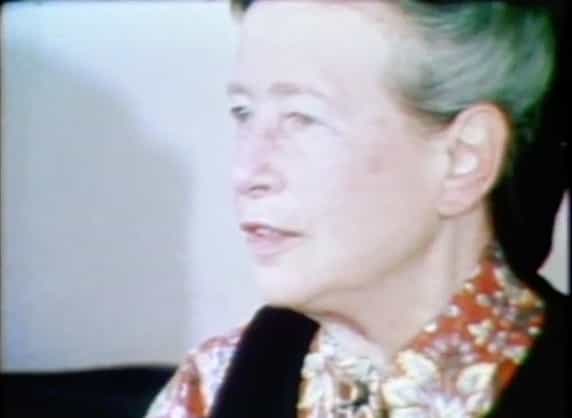 We had guests that were important to the women’s movement like Simone de Beauvoir, and Betty Friedan, including women from across the country. It turned out to be an incredible history, those 200 episodes. They encapsulate the second wave of feminism in this country.

Right now, I am putting all the projects I was involved with into an archive. It will include the series WOMAN, enabling its use for research and education.

Ray
What should girls and younger women learn from you, and what have you learned?
Sandra
It’s vital that girls and younger women realize their importance, that they are important, and that they have to support each other. I believe that women are each other’s best weapons to get through this time.
Ray
How has this moment changed you? I’m thinking of Black Lives Matter, defunding police, and the election. I know you are interested in the election because of the work you did in Reflections on Democracy. Seeing the twist in democracy on the one side, and then the pushback with civil unrest on the other? How has it changed you and your views?
Sandra
On the one hand, it’s about time. On the other hand, I’m saying, “Be careful, don’t blow it!” Black Lives Matter is one of the most important things to have happened in this country for a long time. The women’s movement resurgence at this time is also incredibly important. Both of those things are important to the survival of democracy.

I want to let young girls know how important they are, how important women are, what vital contributions women have made. We’ve spent too many years leaving women out of history, seeing women not get any credit. Women have fewer opportunities because of discrimination. Young girls need to understand that they can have it all.

Ray
Has the moment changed your perspective on what you’ve done or are doing? Has it changed anything about how you go about your business?
Sandra
We embolden each other. I’m a little bit bolder than I was for quite a few years and I have a lot more hope than I had for a few years. I’m a total nerd about democracy, I really think it’s important. I grew up in Vermont, and I used to say that if you grew up in Vermont, you had “a democracy gene.” The history of the state is such that in the early days of democracy, Vermont’s democracy was formative for the country. Democracy was the most important thing, and we had to preserve it, we had to grow it and protect it. Right now, we’re not doing a very good job of protecting it, so in that sense, I’m a little bit pessimistic. But in terms of Black Lives Matter, and the women’s movement, and the trans movement, and various other things that are happening, I’m very optimistic.
Ray
Moving forward, what do you need, and what are you offering back to society?
Sandra
From a professional point of view? Not a lot, because : I’m slowing down, doing much less than I have in past years. But I need to be able to have a voice and have a space to use that voice. And I need to have some feedback.

Ray
You said this moment is somewhat hopeful and somewhat disappointing. Has that changed how you go about your day?
Sandra
When you’re hopeful, or when you have some sense that things are going to change, that emboldens you, and it makes you want to do more.
I want to let young girls know how important they are, how important women are, what vital contributions women have made. We’ve spent too many years leaving women out of history, seeing women not get any credit. Women have fewer opportunities because of discrimination. Young girls need to understand that they can have it all.
Ray
Do you have any family members that inform your perspective?
Sandra
My grandmother was in World War Two. She was in New Guinea, running a field hospital during a Japanese attack, and won a Prague Star with an Oak Leaf Cluster. She used to send me these tiny little two by three-inch photographs of things that she was doing. I got a picture one day of her negotiating with one of the chiefs of the tribe that was near the hospital. He was giving her quinine to the soldiers who had malaria. She just marched up and started negotiating with him, which for the climate of the day, was quite odd. She was an incredible woman and an amazing role model.
I’ve been to 35 countries, and I sent my kids photographs. It’s not a coincidence, it’s a direct result of my grandmother’s behavior.
Ray
Any thoughts to sum up?
Sandra
We’re at the precipice for so many things. We’re at the precipice with democracy. We’re certainly at the precipice with climate change and with institutionalized racism and sexism.
We’ve just got to step up and do what we need to do.
Ray
What is the message we have to get out?
Sandra
I think, now, we need people to be courageous. There’s not been much courage from our leadership. Congress is a disaster. We have to elect courageous leaders, and we have to be courageous. In New York, we have a slogan ‘If you see something, say something.’
That’s a great motto for the political life of people. If you see something, say something; if somebody is not courageous, if somebody is crooked, you’ve got to say something. And we have to let others know we are not going to tolerate it. If you do stuff like that, you’re gone, man, you’re out!