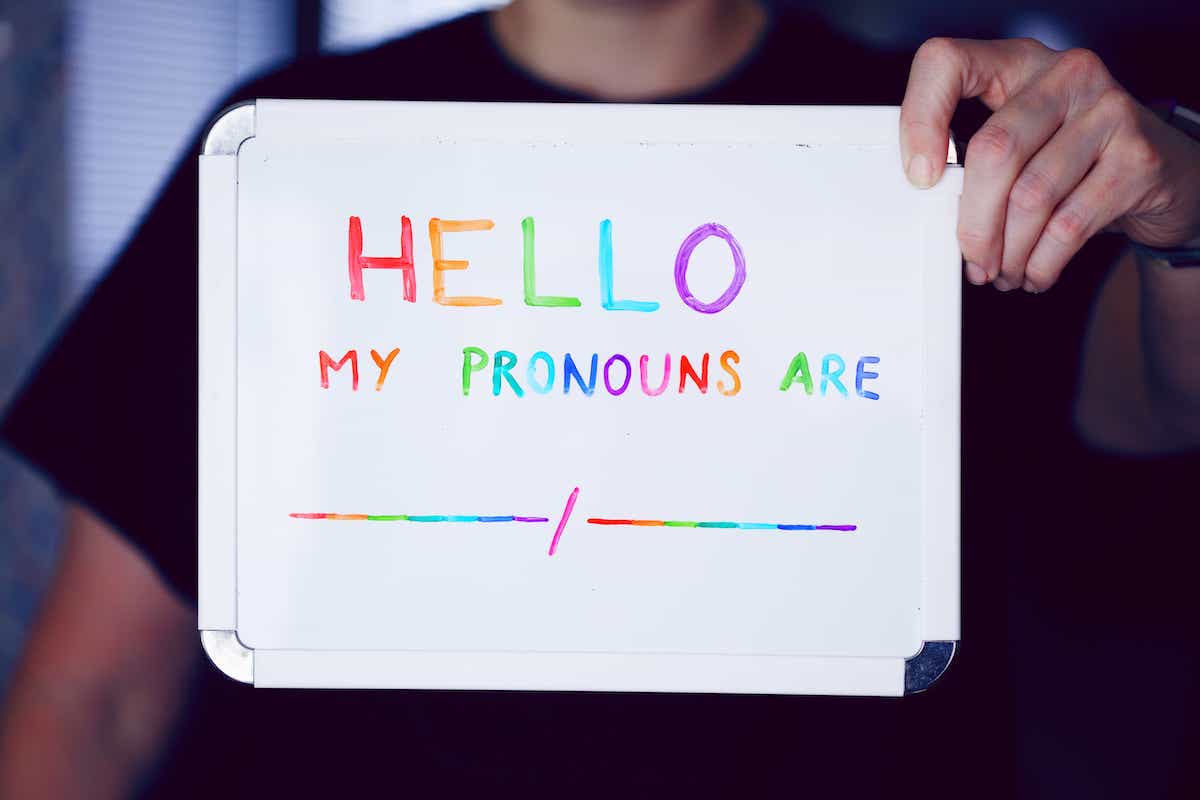 Pride Month takes place in June as the LGBT+ community celebrates their sexuality and identity in remembrance of the Stonewall Riots which took place in New York City during this month in 1969. Great strides have been taken for the community to gain both legal and cultural acceptance, from the representation of non-heteresexual relationships, to out and proud celebrities, to the legalization of gay marriage in 2015.

LGBT+ stands for lesian, gay, bisexual, and transgender wth a plus sign to include other identities, such as asexual, non-binary, and many, many more. From a web design perspective, the optics of supporting this community are relatively easy, such as presenting couples of the same gender (supposedly) in marketing materials. Gender representation, however, takes a bit more care and nuance. Here are a few ways to be an ally and inclusive of marginalized genders both on your site and within your company.

Everyone uses them. From “he/his” to “she/her” to “they/them” and more, these are markers people use when being referred to in the third person. Generally, cis people (those whose gender identity aligns with their gender assigned at birth, e.g. a man assigned male at birth) have pronouns that traditionally correspond with their gender. For example, a cis woman generally uses “she/her” pronouns. If you are in a position to do so and your coworkers feel safe, encourage them to add their pronouns to their email signatures. site bios, and other profiles. It signals to visitors that you’re considerate of other gender presentations and a safer place to work with for those of marginalized genders.

##In the Event that You Mess Up

Simply apologize, correct yourself, and try in earnest not to do it again. Labeling someone with the incorrect set of pronouns is called misgendering and can be quite hurtful to a person of a marginalized gender.

Mistakes happen, either because you’ve known the person by a certain set of pronouns from a previous time or you’re still trying to deprogram assumptions. Either way, apologize to the person misgendered, use the correct pronoun, and continue. Do not make the apology about your failing as an ally. The hurt has been done. Centering yourself in the apology does not make the situation any less hurtful or awkward.

Jo Ladzinski (they/them) is a writer who lives in Chicago by way of New York City and Poland. By day, they are a marketing manager at a digital publisher and in the evening, they bullet journal, paint, or create new worlds.